Why Sculptures are Frightening

I slowed and peeked up the hill.  No cars.  I whipped from the private country road onto the public country road.  A minute later blue lights flashed in my rear-view mirror.  My mouth went dry.  I pulled over, wound down the window, and listened to footsteps crunching in the gravel beside the road.   The blue uniform appeared at the window.
“May I see your license and registration?”
I glanced up and gave him a smile.  Green eyes glared above a ridged jaw, and one hand rested on the butt of his holstered gun.
I handed out my license before sifting through old receipts, napkins, flashlight batteries, wheel-lock keys, and three years’ worth of insurance cards in my glove compartment.
“You didn’t come to a complete stop at that intersection.”
I shot him a wide-eyed glance.  “That is because I was scared.  There was a bear.  I was trying to escape.”
His green gaze locked on mine.  “A bear?” He glanced around at the Douglas fir, salal, blackberry bushes, and the naked vine maples lining the road.
“Yes, we have bears.”
He tilted his head and pursed his lips.  “Um hum.”
“We do.”
“Umm hmmm.”  He pressed the button on the walkie-talkie attached to his shoulder.  “Run the name Melanie Sherman for warrants.”
“And coyotes, bobcats and really scary dear.”
He rolled his eyes.  “Show me the bear.”
I wagged a finger at him.  “Oh, no.  I’m innocent unless you can prove there wasn’t a bear.” 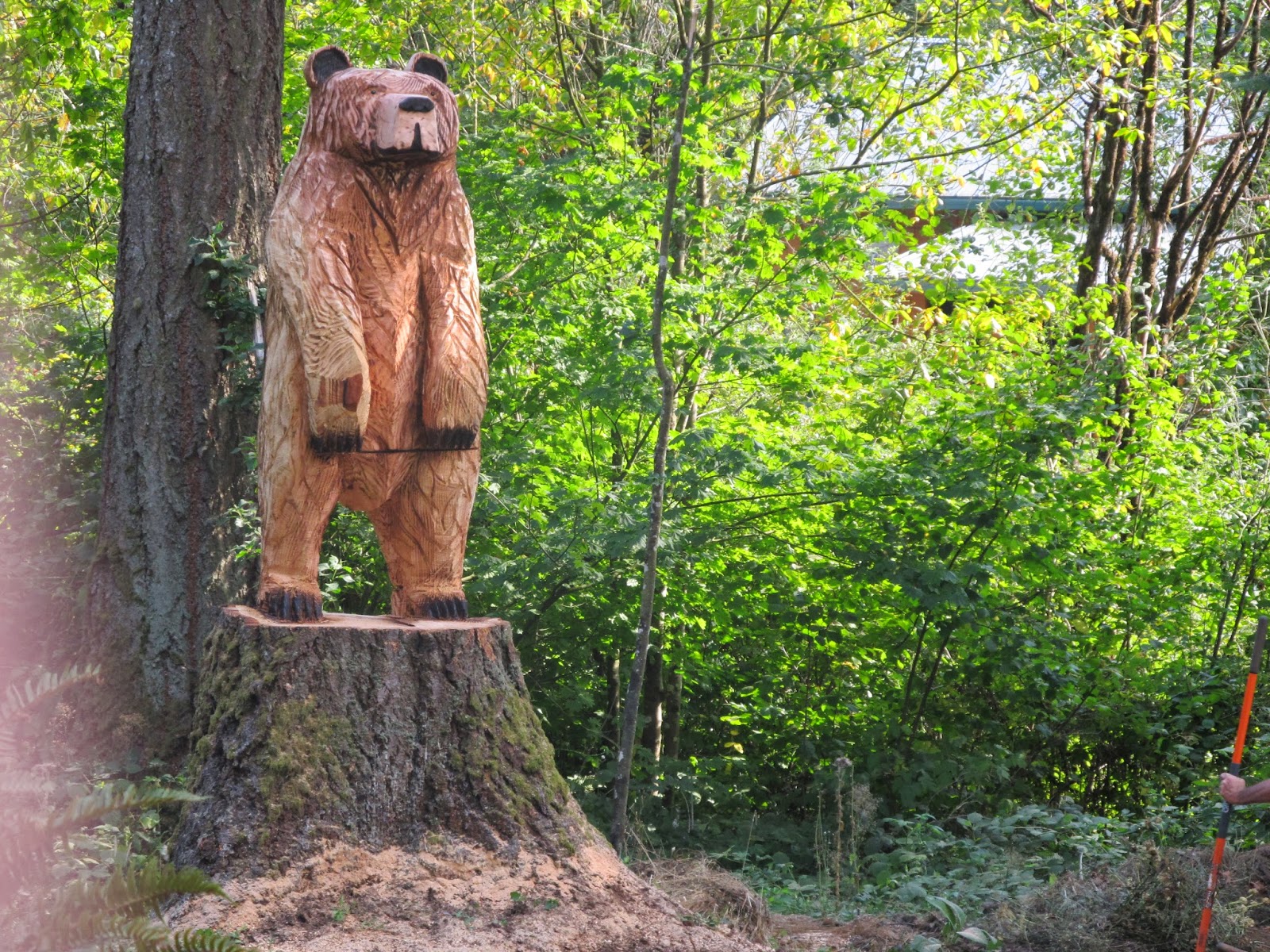 He listened to his radio traffic a few seconds before a semblance of a smile drifted over his lips.  He pushed the button on his shoulder again.  “Have the NSA send me their satellite surveillance video of the address I gave you for the traffic stop.  Have them send the last half hour.”
“Fine,” I said.  “The bear is just around the corner.  It’s a sculpture in the front yard of that house back there.”
“You were afraid of a sculpture of a bear?”
I nodded vigorously.  “It’s very lifelike.”
He snorted, and tapped my license against his forefinger. “Umm hummm.”
Tap tap tap.
“What if another neighbor decides to do a sculpture of a bobcat in his front yard?”
Tap tap tap.
“And then,” I said, warming to my subject, “what if another neighbor puts in a sculpture of an evil-eyed black-tailed buck?”
The tapping stopped and his eyes narrowed.  “So?”
“Well then the next neighbor might do one of a coyote, and the next thing you know, they expect me to have a sculpture also.”
“So?” 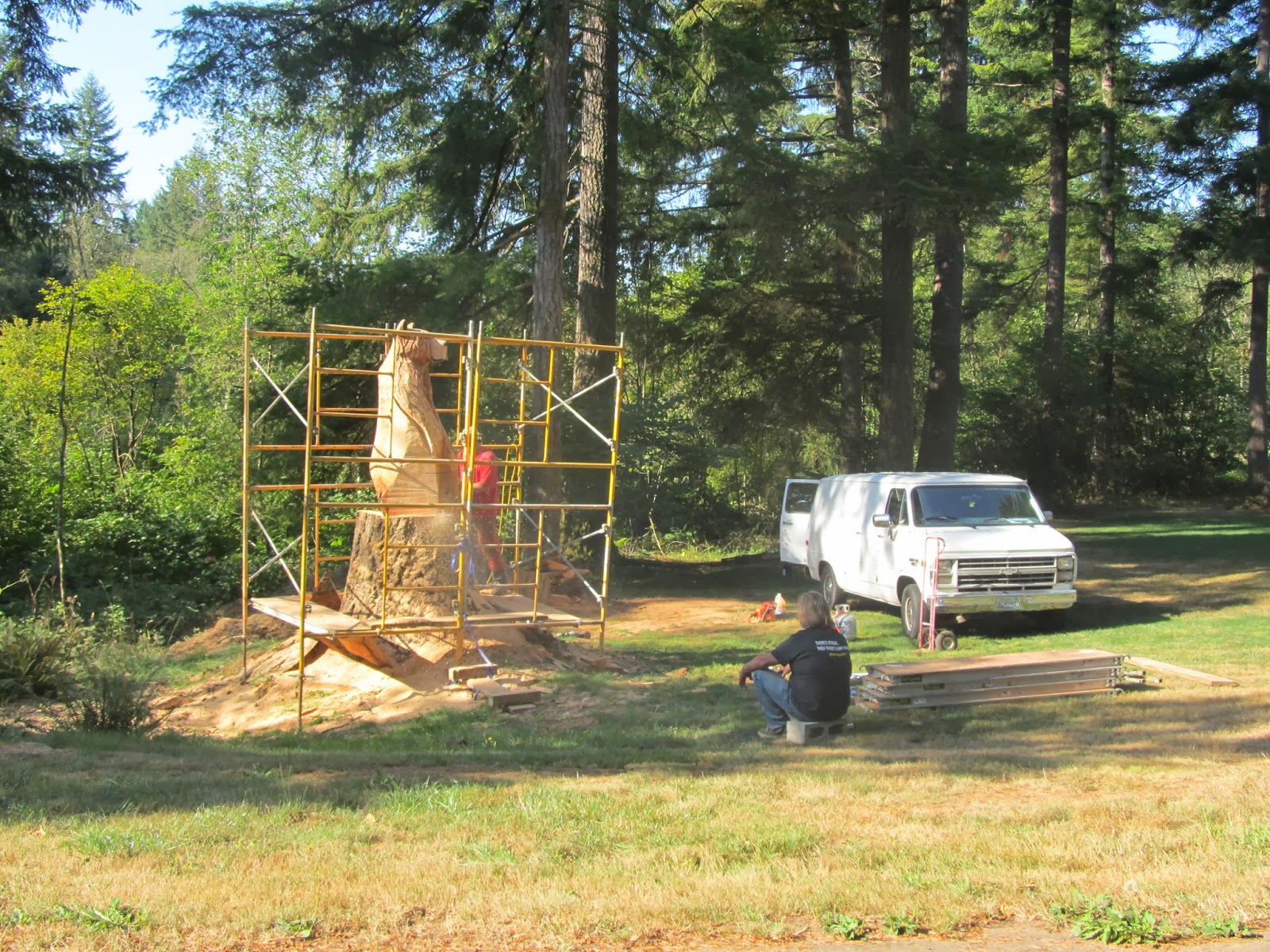 “Well the only other things I normally see around here are red-tailed hawks eating dead rodents in the road.  How would you like to have a sculpture of a road-kill-raccoon prominently displayed in your front yard?”
He stared for a few moments before he handed back my license.  He turned and sauntered back to his car, checking the brush along the road as he walked, his ear cocked, as if listening for sounds of wildlife.


The above was a writing prompt:  Write about something that scares you
Posted by Melanie Sherman at 3:36 PM 2 comments:

Boulder slams into the bridge over Multnomah Falls

Multnomah Falls, on the Oregon side of the Columbia Gorge, is listed as the second tallest year-round waterfall in the . The falls drops in two major steps; the upper falls of 542 feet, then a gradual 9 foot drop in elevation to the lower part of the falls, which drops 69 feet, listing a total of 620 feet.

Unfortunately, water is not the only thing that falls.  An occasional boulder may also careen through space, slamming into the pool at the bottom of the upper falls, or into the which spans the space between the upper and lower falls.  Yesterday a boulder did a lot of damage to the bridge.  If you look close at the photo above, you can see the yellow caution tap, flapping in the mist bellowing from the falls.  Here is a close up of the bridge.
I happened to speak to a New York State Department of Transportation Civil Engineer while I visited today, who told me the bridge is structurally sound.  “Well, let’s see,” she said, “this is January, so I’ll bet they’ll have that repaired by the beginning of summer.”

She laughed, but her husband, a history professor, nodded.  “She knows bridges.”

“I don’t know much about bridges,” he said.

There you have it.  An accurate quote from both a civil engineer and a history professor.  We’ll have our bridge back to normal in no time.  I think my work here is done. 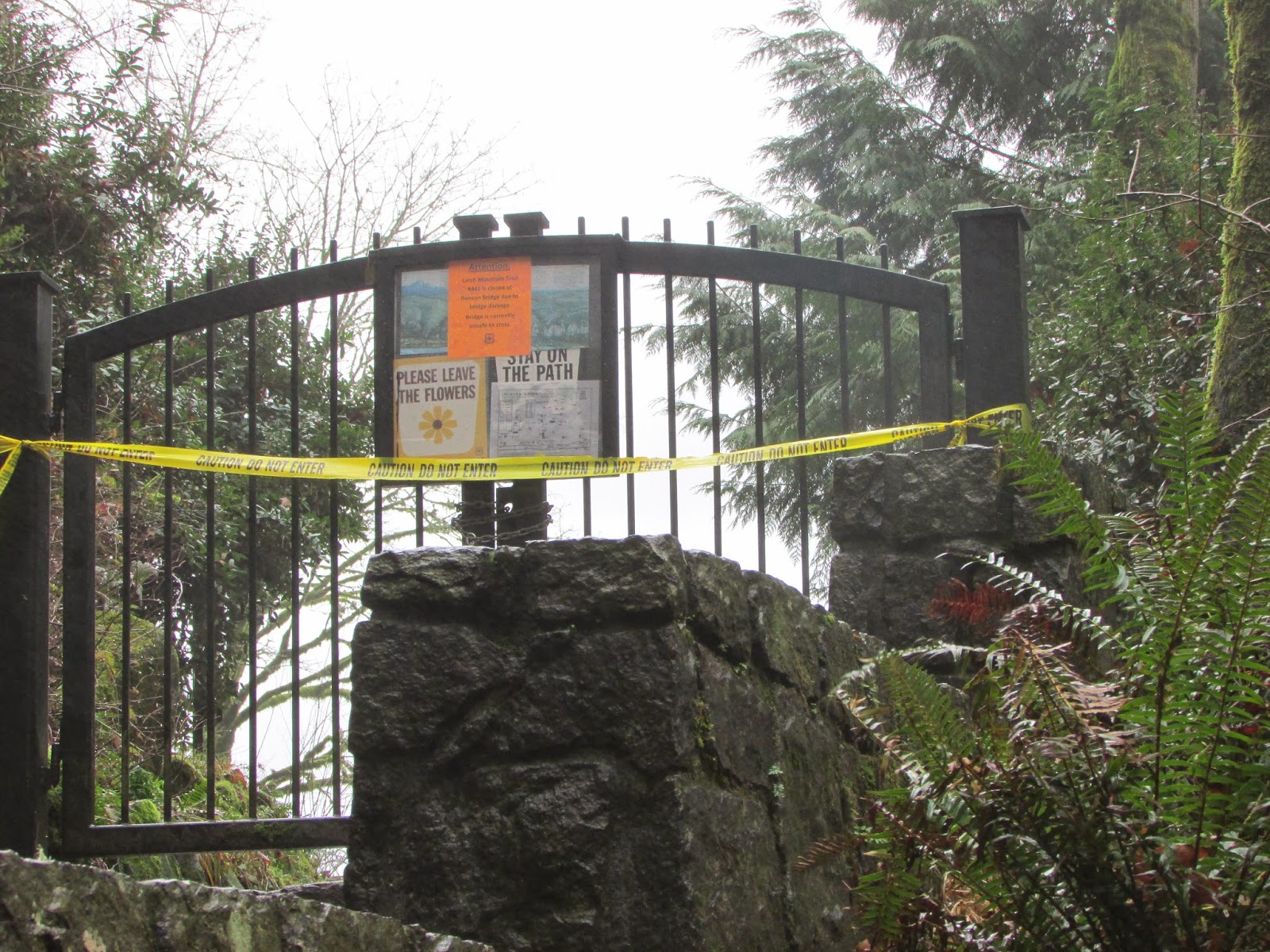 Until then, the trail to the bridge is closed, but you can still see the falls hurling through space, hear the thunder of the cascading water, and feel the mist upon your face.
Posted by Melanie Sherman at 7:29 PM 1 comment:


Coypu, or Nutria, are furry rodents looking similar to a beaver, except with a rat tail.  They are South American creatures, but were transported to the US years ago to compete in the fur market.  Apparently the Nutria fur never became as popular as the beaver, fox, raccoon or mink, and as nutria farms became less profitable, many of these river rats were released into the wild.


Unfortunately, they breed quickly, displacing native animals.  They are environmentally destructive, burrowing into river banks, causing erosion, destroying aquatic vegetation, marshes, and irrigation systems.  They chew through wooden barriers erected to house gates to control water in some of the lakes at the Ridgefield National Wildlife Refuge, causing the need for constant repair of the wetland habitat.

I see them often at the refuge, but only once have I seen a white one.

Writing prompt #6--Create a first sentence in 15 words or less.

She listened at the door, breath caught, blood screaming in her ears.

No picture.  Just that first sentence.  That's it.

Writing Prompt #5--Give advice for the coming year in 150 words or less. 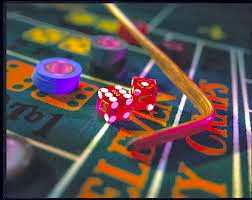 Everyone is wishing people a happy and prosperous 2014. Fourteen is seven—twice—and I don’t know about you, but this is not the come-out roll for me. A seven is bad. A seven will wipe out all the money you have on the table. If, by chance, you begin to recover, you’re going to get slammed with another seven before the end of the year.

I’m pretty sure the number twenty isn’t good either. That is ten—twice. It means once your prosperity is swept from the felt, it may be two decades before you recover. Twenty years! Are you feeling lucky?

My advice for 2014? Stay in bed with the blankets over your head…unless you’re lodging in a casino’s complimentary room. Run. Then call me and I’ll take that room card off your hands. 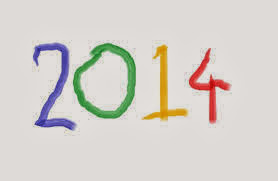 Today's writing prompt is timed. I have one minute to describe my favorite breakfast cereal.

If you would like to leave your (family friendly) entry in the comments section, you may do so, or include a link to your blog.

I like oatmeal. The real oatmeal, not the instant kind, with just a little brown sugar and dried cranberries. But if I were truthful, what I’d really like is a cereal made of left-over pizza. A nice bowl of crunchy bites of pepperoni and artichoke heart pizza, with or without almond milk. Maybe with some grapes on it to make it healthy. And a slice of banana (which I just said in case my doctor is reading this.)


(I found this picture interesting because it includes sloe schnapps, which I hadn't thought of as a breakfast food until this minute. Photo is by "cyclonebill" from Copenhagen, Denmark, 2011.
Posted by Melanie Sherman at 11:44 PM No comments:

Today's writing prompt is five random words I got from a random word website. I have to admit, I was pretty happy to see "anchor" on there, since my first book takes place on the a Royal Navy vessel, the Reckoning, in 1805.

Here are the five words.

I'm trying to stay as close to 350 words as possible. Without further ado, below is my story. If you'd like to do a 350 word story, using these same words, please put a link to your blog in the comments.


“Take this tonic,” the Spanish physician said in French, waving a spoon in my face. “You’ll feel better.”

I doubted it. If I’d been a boy, like everyone thought when Napoleon’s soldiers captured me, I’d simply be a prisoner of war. When they carried me to hospital and dug the musket ball out of my shoulder, they discovered I was not a boy. That was when they decided I was a spy.

That meant the guillotine. I knew enough French to know they intended to let my wound heal before the trial, but what was the point if they intended to kill me? My only hope was they’d spare my life because I was a woman.

The sweet smell of medicinal herbs wafted under my nose. The physician pressed the spoon to my lips. I took the laudanum and tried to clear my mind. Sleep, I needed sleep.

When I opened my eyes, it was dark. Footsteps in the hall held an unmistakable note of stealth. They stopped. The faint sound of breathing drifted through the doorway. I could hear it over the heartbeats slamming into my bruised ribs. I couldn’t decide if I should hide under the sheet, or sit up and face the enemy like a…like a…like my shipmates would expect. I struggled to focus.

The footsteps started again, coming closer. Panic filtered through the euphoria of the drugs, and I couldn’t stop the whimper from escaping. Were they here to take me to trial, or were they here for something far worse? I dragged myself to a sitting position and squinted into the dark.

A thrill sparked through me. I knew that whisper. “Yes.” He was the commander of my ship. “Lieutenant Kearney?”

He huffed out a sigh of relief. “Glad we found you, boy. We’ve just taken one of the Spanish ships at anchor. Get up and let’s get back to the Reckoning.”

He scooped me up. We sneaked past a sleeping orderly and out into the moist night air. 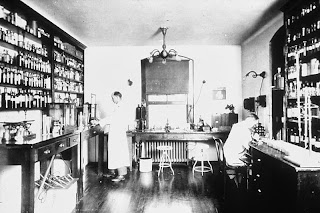